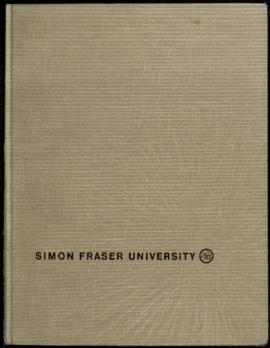 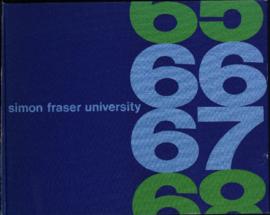 The Simon Fraser University Society (SFUSS) was established on October 5, 1965. "University" was later dropped and it is now known as the Simon Fraser Student Society (SFSS). The SFSS still maintains its original constitutional objectives: "to promote, direct, administer, coordinate all student activities of, by and for the students of Simon Fraser University, and to promote cooperation amongst the students of Simon Fraser University and cooperation between the members of the Society and students within the Province and elsewhere." Its mandate has come to include advocating for students rights and providing services to graduate and undergraduate members. These include advocacy services, such as Legal Aid and Women's Centre, and retail services, such as Quad Books, the Print Shop and the Pub.

In its first year, the Society organized social events, co-sponsored Vietnam teach-ins, started a co-op bookstore, and protested against the poor quality food offered on campus. In the 1970s, the Society organized against tuition fee increases, lobbied for improved on-campus housing, started a women's centre, and opened a student-run pub. The 1980s saw the development of plans for a student union building and a continuation in the struggle for affordable education. In the 1990s the Society has constructed the Maggie Benston Centre, expanded its services and continues to advocate on behalf of students for accessible, affordable education.

Fonds consists of records created, received, and collected by the Simon Fraser Student Society and its affiliated groups on campus in the course of administration of student government and business. Included are records relating to the Constitution, minutes of Executive meetings, the Executive, finance and budgets, campus committees, elections, student unions, clubs and affiliated groups, publications, subject files, and audio material.

The fonds was donated by the Simon Fraser Student Society.

The arrangement of the records into series was established by the archivist to reflect the main functions and activities of the Society. Note that two series numbers are no longer in use:

Series 11 (Audio recordings) was discontinued in 2008 when the Archives deaccessioned its contents (recordings of Society meetings).

Some files may contain personal or confidential information. Access to these files may be restricted as stipulated by Archives policy or the donor. Files marked 'pending review' must be reviewed by an archivist prior to release, and as a result of the review access restrictions may apply. Please see the file lists and consult the archivist for more details.

See also F-17, The Peak Publications Society fonds; The Peak is SFU's student newspaper funded by the SFSS. The Archives also holds the records of the Simon Fraser University Women's Centre, a constituency group of the SFSS; see fonds F-40.

All accessions have been processed as of June 2006. Further accruals are expected.