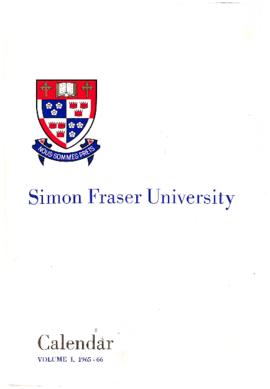 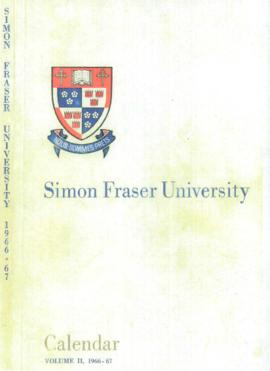 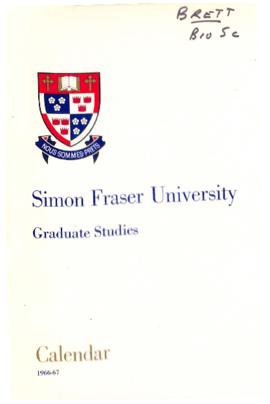 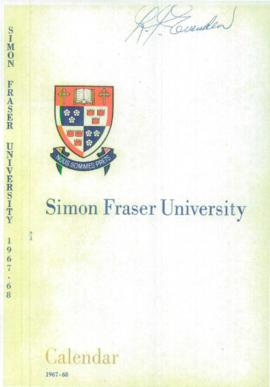 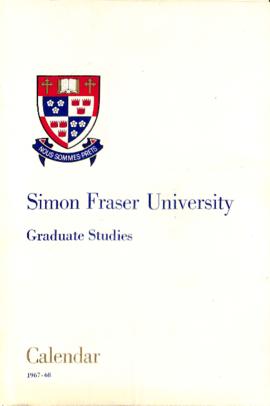 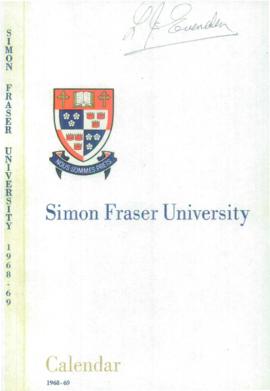 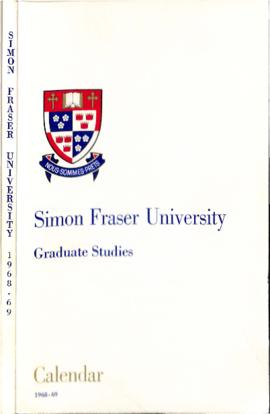 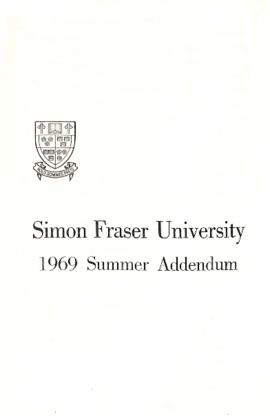 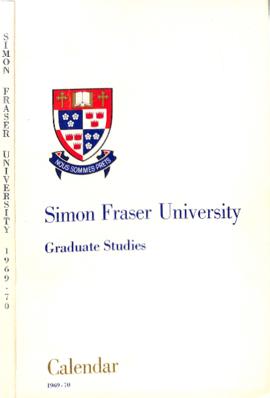 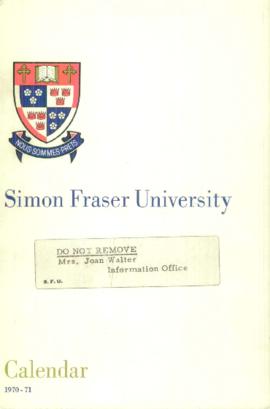 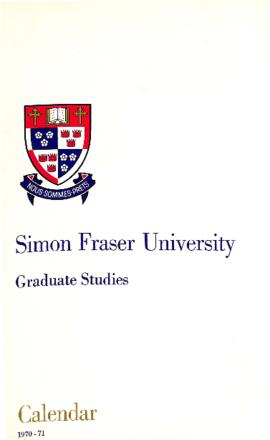 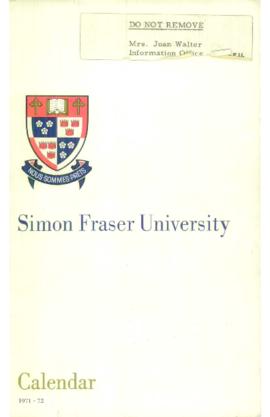 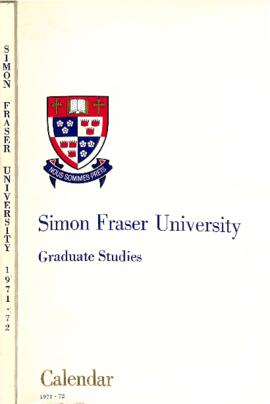 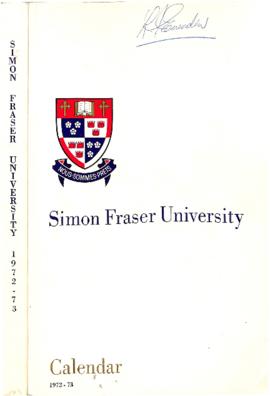 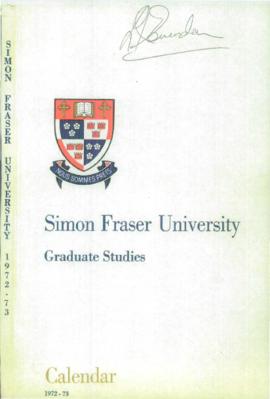 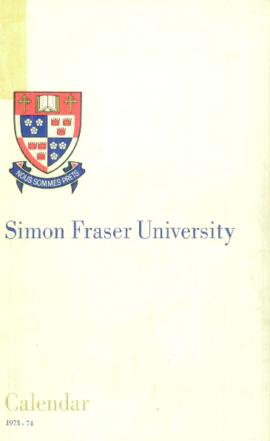 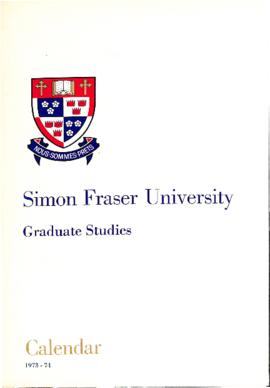 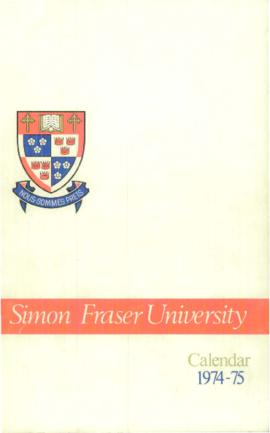 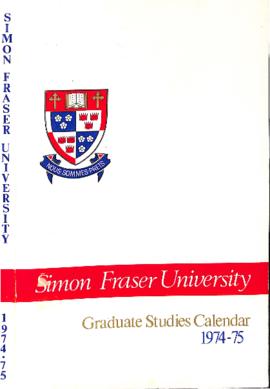 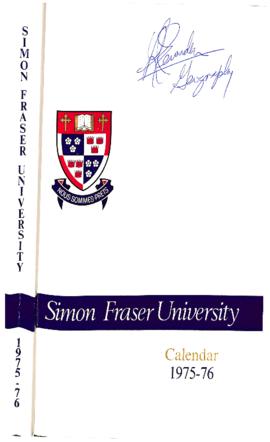 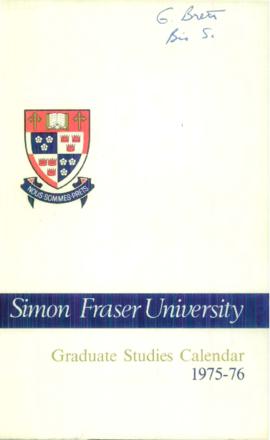 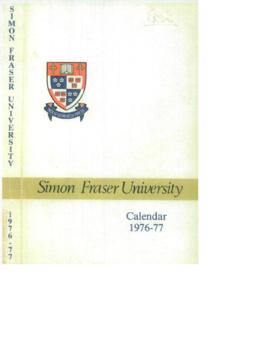 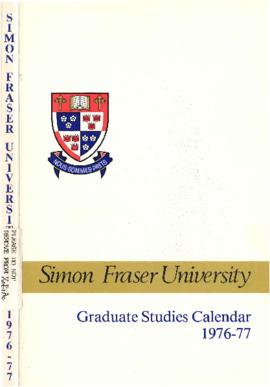 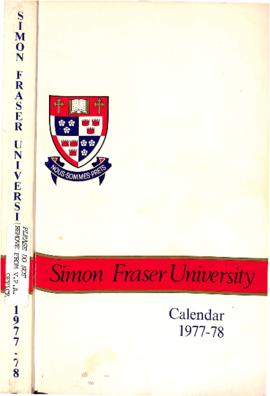 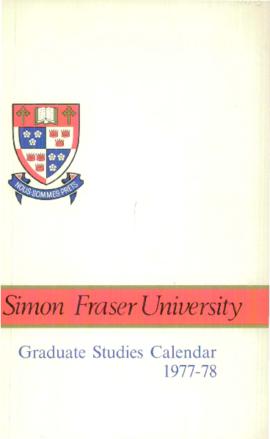 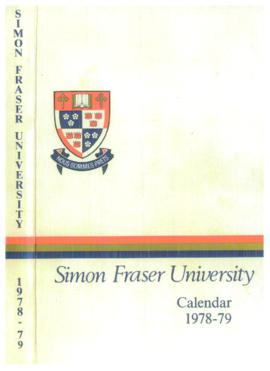 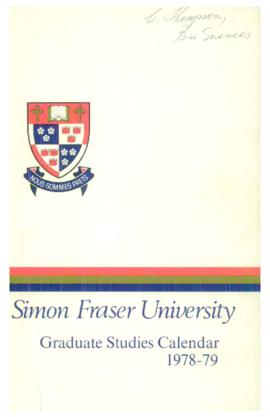 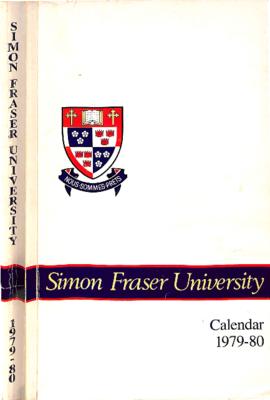 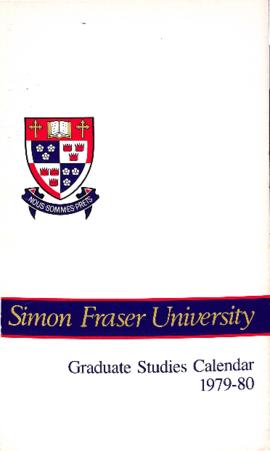 Sub-series consists of academic calendars published in print form by the university for each academic year. The sub-series represents a complete run of all print editions, from SFU's first academic year (1965-66) to the final year for which a print edition was produced (2009-10).

From 1965-66 until 1981-82, SFU produced separate calendars for undergraduate and graduate studies. The format changed in 1982-83, with a single calendar covering both undergraduate and graduate programs. The calendar continued in this format until 2010, when the university discontinued the print edition. Since that time, SFU maintains the calendar as a web-based product only. At the present time of writing (October 2017), the digital records for the calendar from 2010 onwards remain in the custody and control of Registrar's Office / Student Services.

In 2015, the Archives digitized a complete set of the calendars. This sub-series includes both the print editions and digitized copies.

The sub-series is arranged into files, with one file for each academic year. Each calendar is registered as an item of that file. Up until 1981-82, there were separate calendars for undergraduate and graduate studies, and each is treated as an item of the same file. Starting in 1982-83 only a single calendar was produced, so files from this date on contain only a single item.

Note that this sub-series was created in 2017. It replaces the previous sub-series F-85-5-3, which had arranged the print editions into a number of files, each file containing a number of calendars. The new arrangement was intended to facilitate access to the digitized copies.

Paper and digital copies are available. The Archives digitized the entire series in 2015. For each calendar, there is a digital preservation master copy, comprised of one TIFF file for each page. The TIFF files were then compiled into a single OCR'ed PDF file as the access copy. The PDF copies are available directly from SFU AtoM. Contact the Reference Archivist for copies of the TIFF preservation master. The print editions can be accessed in the Archives' reading room.

All items are protected by copyright and copyright belongs to SFU. The university makes these materials available under Creative Commons License CC BY-NC (Attribution-NonCommercial). For license details, see https://creativecommons.org/licenses/by-nc/4.0/. Any other use of copies requires the permission of SFU Archives. Consult the Reference Archivist for more information