The Columbia River Treaty was an agreement between Canada and the United States for flood control and the construction of dams for the generation of hydroelectricity. Four dams were constructed - three in Canada (Mica, Arrow, and Duncan) and one in the United States (Libby). The treaty was signed in 1961 but was not ratified by the Canadian Parliament. The treaty was so controversial that a Protocol was drawn up, which eventually defined the monetary terms and operational procedures without changing any of the physical plan. The Protocol was agreed upon in 1964.

The lecture series was organized through the combined efforts of the Canadian Studies Program, the Department of Continuing Studies, and the Alumni Association and was chaired by Professor George Cook of the History Department. Each lecture was given by a person who had been closely connected to the Columbia River Treaty. Admission to attend the lectures was free. All lectures were held in the East Concourse Cafeteria, SFU (Burnaby campus).

Collection consists of audio recordings of the Columbia River Treaty lecture series advertised by Simon Fraser University as "a series of talks and panels designed to increase public understanding of this issue in Canadian-American relations on the international, national, regional and local levels and from the political, legal, economic, geographic and social aspects." The collection also consists of transcripts compiled by BC Hydro (Dania Robinson) in 2011 from the audio recordings of the Columbia River Treaty lecture series. Due to variable audio quality, the transcripts are not a full disclosure of the lectures. Researchers are advised to review access copies of the original audio recordings. 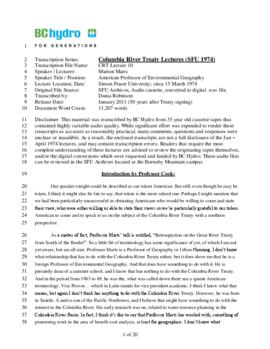 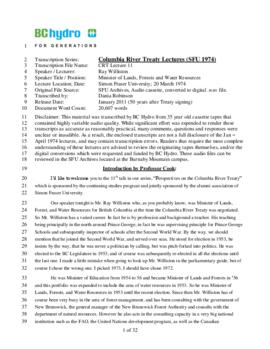 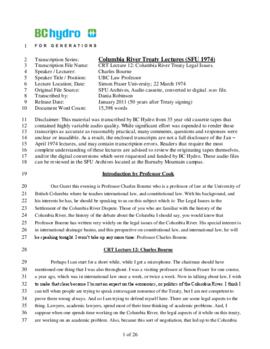 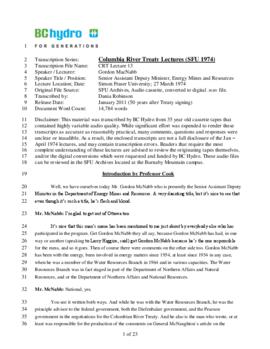 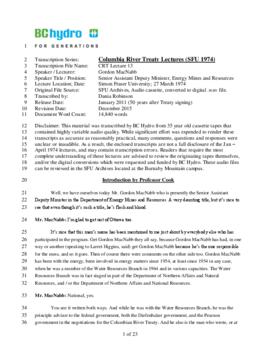 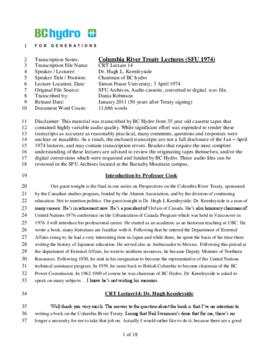 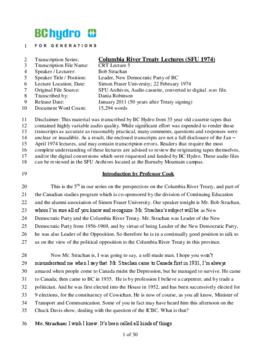 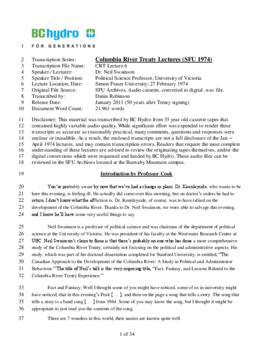 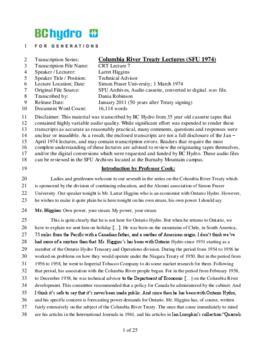 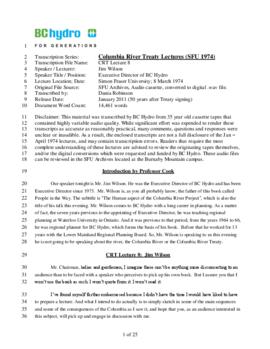 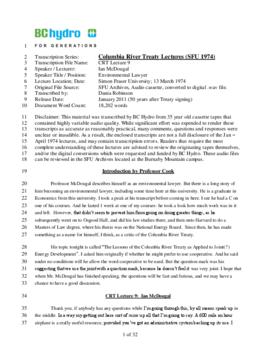