"On the Hill": audio visual recordings

Series consists of an incomplete run of productions for "On the Hill," an SFU student-produced broadcast programme based in the School of Communication course CMNS 326 "Applied Media Workshop: On the Hill."

"On the Hill" was created in the early 1990s by School of Communication student Valerie McTavish. At the time, videotape and audio were increasingly being handled directly by students, and the School had developed a non-broadcast course in response. McTavish was a student in the course. She felt there was a lack of community spirit on the campus and saw a monthly, student-produced television programme as a way to encourage involvement and feature campus stories. She acted as producer, and the programme aired on Rogers Cable. After McTavish graduated, Communication students continued her work. The School saw the educational value of the programme and soon added it to its curriculum. "On the Hill" remains a part of the School of Communication, and is the focus of the course CMNS 326 "Applied Media Workshop: On the Hill." The programme continues to be a student-produced broadcast news program with content geared to SFU's student community.

Appears to be several films copied one after the other (scenes silent, interviews with sound). Features the development and construction of SFU from signing official papers and architectural models of campus through to breaking ground, construction, student registration and opening ceremonies. Interviews with key figures (Gordon Shrum, Patrick McTaggart-Cowan, Ron Baker, etc.) throughout as construction progresses. Includes clips of Gaglardi Way paving and brief interview with Highways Minister Gaglardi himself (same interview as in "Gaglardi Way: The Road to the Top"), as well as interview with workers polishing the jade boulder. Several interviewers (presumably all CBC?), including one identifying himself as "Ken Johnson, CBC News, on Burnaby Mountain." No opening or closing credits, apart from SFU's IMC (Instructional Media Centre) noted at start.

A Sense of Place

Item is a short segment from the CBC television production, A Sense of Place: "This series of four half-hour broadcasts, which ran during the month of October in 1966, examined three main examples of new architecture in Canada. They are Vancouver's Simon Fraser University, Scarborough College in Toronto, and Habitat in Montreal." Also held by SFU Library's Media Resource Centre: "Discusses the work of Arthur Erickson and Geoffrey Massey, as exemplified by Simon Fraser University." [https://sfu-primo.hosted.exlibrisgroup.com/primo-explore/fulldisplay?docid=01SFUL_ALMA21182961880003611&context=L&vid=SFUL&search_scope=default_scope&tab=default_tab&lang=en_US] 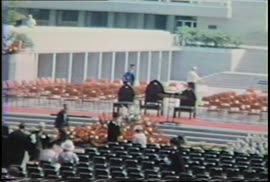 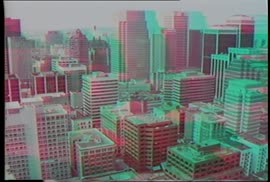 Gaglardi Way: The Road to the Top

Series consists of miscellaneous moving images generally relating to SFU, but which do not fit elsewhere in the Archives' extant collections and for which acquisition was a one-off or unknown.

Item is raw footage of Jerry Zaslove interview for "On the Hill" (54 minutes) and the "On the Hill" show (7 minutes), produced by CMNS 326 students in the fall semester, 2000.

Item is recording of a Global News report on the life of Jack Diamond.