Sub-series consists of digital photographs taken by SFU photographers working in University Communications and Marketing and its predecessors from 2000 to 2020. This sub-series is the successor to F-61-1-4, the analog photographs (contact sheets and negatives) created by the department prior to the switch to digital photography.

The images in the sub-series were the work of SFU photographers Greg Ehlers and Dale Northey. The records have not yet been processed. Consult the reference archivist for information about access to this material. 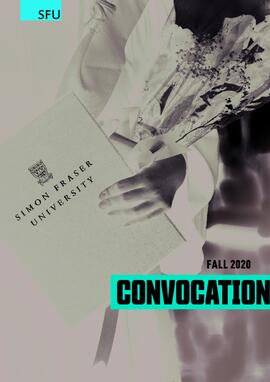 File consists of two portraits of Peter Trower. The first is a coloured pencil drawing of Trower; undated with an illegible signature. The second is a collage depicting Trower, undated and unsigned.

Item is an ink drawing on illustration board. Drawing has no date or signature.