Fonds consists of records made or received by Greg Evans in the course of activities, mainly relating to his research on the history of brewing in BC.

Activities documented include completion of his Master's thesis, his on-going post-thesis research and the unfinished book project; correspondence with brewers and other brewing historians; public speaking engagements and consulting projects; and Evans' involvement with CAMRA and the Great Canadian Beer Festival.

Records consist predominantly of Evans' correspondence, research notes and working papers; drafts and copies of his own writings, including his MA thesis; speaking notes and presentation slides; interview notes and transcriptions; reports, newspaper clippings, copies of articles, and excerpts from books and publications; and archival photographs and textual records, mostly copied from originals held at various archives, museums and libraries.

Fonds is arranged into ten series:

Series consists of records relating to Evan's book project. In 2011, Evans reached agreement with the Royal British Columbia Museum (RBCM) to produce a series of books under the working title The History of Beer Brewing in British Columbia. The work was initially planned as three separate volumes: The Pioneer Years, 1858-1920 (Part 1); The Years of Consolidation, 1920-1982 (Part 2); and A Renaissance of Brewing, 1982-present (Part 3). A revision of the agreement in 2016 narrowed the scope to just the first two volumes. Evans continued to work on the project up to his death, but the manuscripts were not completed and no copies survive.

This series brings together a number of files relating to the book project. Records includes outlines for the project and the publishing agreement with RBCM (files 1-2); correspondence, notes, working papers, progress checklists, invoices, bibliographies and reference materials. Reference material includes works by Lynn Pearson, "Towers of Strength: Brewery Architecture at Home and Abroad" (paper given at the Victorian Society at Young's Brewery in London in Feb 2006) and Derrek Eberts, "To Brew or Not to Brew: A Brief History of Beer in Canada" (Manitoba History, vol. 54, Feb. 2007).

While there are no surviving manuscripts for the book, it seems likely that many fragments do exist in the form of the multi-page profiles of individual breweries that are found in many of the "brewery files" in series 3.

Two files placed in series 9, Photographs, labels and graphics reference the book project and contain correspondence relating to permissions for use of photographs in the book. Much of the materials in series 3 was accumulated in the course of Evans' work on the book. 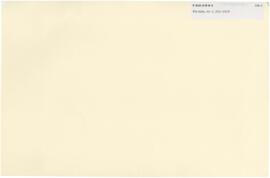 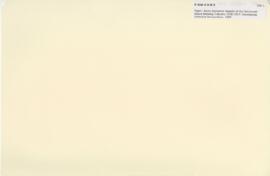 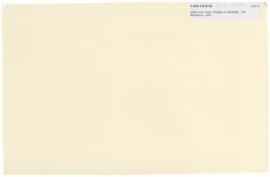 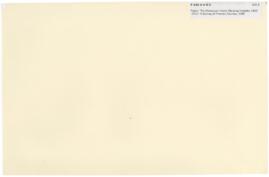 Series consists of records relating to historical enquiries made or received by Evans and his activities as an historical consultant on a number of projects.

Activities documented include design projects incorporating historical materials for brewpubs and breweries (Spinnakers and Moon Under Water in Victoria, Longwood in Nanaimo, the Vancouver Island Brewery); his work as historical interpretive consultant for the Arbutus Greenway Residential Project in Vancouver that redeveloped the old Vancouver Breweries site at 11th Ave. and Vine St. in 1999; a proposal to the BC Trade and Investment Office to develop a resource guide promoting BC brewing expertise to potential clients in Japan; and his correspondence with brewers, breweries, collectors, associations, and other brewing historians on topics relating to beer history.

Records includes correspondence, notes, and working papers; agreements, invoices, and work orders; brewery promotional material; copies of newspaper and periodical articles; copies of fire insurance plans (sections), historical photographs, and archival materials; and a copy of the Fall 1996 BCL Guide containing Evans' article "When Everything Old is New Again: The Tradition of Brewing in BC" (file 10).

Friends of the BC Archives