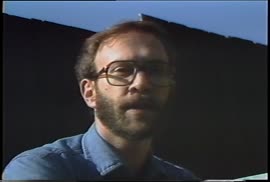 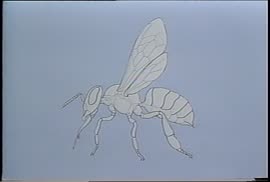 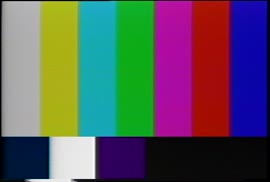 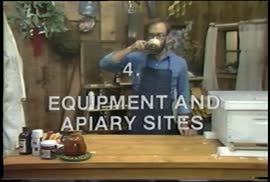 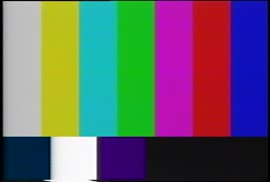 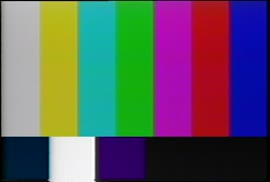 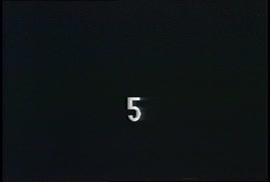 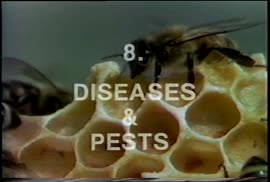 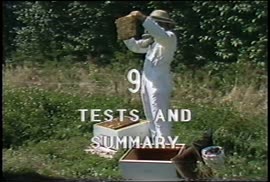 Mark L. Winston is a professor of Biological Sciences at Simon Fraser University, known for his research in apiculture - the management and study of honey bees - and his writing about science, nature, and environmental issues. He is also a professor and senior fellow with the Undergraduate Semester in Dialogue program at the Morris J. Wosk Centre for Dialogue at SFU Harbour Centre.

Born Mark Leslie Winston on April 7, 1950 in Brooklyn, New York to Ruth and Larry Winston, he grew up with one younger brother, Scott. They moved to South Euclid, Ohio in 1958, and Winston went to Charles F. Brush high school, one of the premier science-intensive public schools in the United States, where he earned awards for academic excellence and athletics (in track). As a young adult he was active in the Jewish Community Centre of Cleveland, serving as president of the Teen Age Board in 1967, and also became politically active in the anti-Vietnam war movement.

In 1968 Winston began undergraduate studies at the University of Chicago, transferring to Boston University in 1970. He graduated with a B.Sc. in Biology in 1971, and moved to Woods Hole, Massachusetts to work in marine biology at the Oceanographic Institute and the Marine Biological Laboratory. He returned to the Boston University Marine Program and earned an M.A. in 1975, studying hermit crab behaviour. In 1978, he earned a Ph.D. in Entomology from the University of Kansas. The start of his career-defining path with bees began while working on his Ph.D. and studying Africanized Bees in French Guiana.

On June 1, 1980, Mark Winston married Susan Katz in Beverly Hills, California. They have one daughter, Devora Winston, who was born in 1984.

Prior to moving to Canada to work at Simon Fraser University, Winston worked at the University of Kansas from 1978 to 1979 as a post-doctoral fellow. He was then employed as a visiting assistant professor at Idaho State University from 1979 to 1980. In September 1980 he began teaching at SFU in the Biological Sciences Department as an assistant professor. In 1984 he was promoted to associate professor and in 1988 became a full professor. In 2002 Winston stepped back from teaching biology to focus on the Semester in Dialogue program and pursue his interests in science communication, dialogue, and facilitation, inspired in part by his study of bees and their interactions and collaborative nature. That year he founded and became the director of the Undergraduate Semester in Dialogue program, a position he held until 2014. From 2002, he was also a fellow with the Centre for Dialogue at SFU’s Vancouver campus and its academic director from 2006 through 2014. In 2006 he also taught in the inaugural Science Communication program at the Banff Centre in Alberta. Winston continues to be a professor and now senior fellow with the Undergraduate Semester in Dialogue. The program combines experiential and interdisciplinary learning, community engagement, collaboration, mentoring, leadership, and dialogue-based interactions among students and community leaders on a variety of themes and public issues.

Winston's research areas in the biological sciences include insect behavioral ecology, apiculture, and pollinator biodiversity. At SFU he has taught courses on insect biology, social insects, introduction to beekeeping, and entomology. From 1983 to 1993 Winston presented a 9-part television series titled "Apiculture: An Introduction to Bees & Beekeeping" that was aired annually on the Knowledge Network. As an extension of this series, he developed the Bee Masters program, a week-long public beekeeping course at SFU offered bi-annually in collaboration with the BC Ministry of Agriculture. Winston's research has also led him to patent a pheromone composition that is used for managing honey bee colonies.

Mark Winston has been a prolific writer during his academic career. He has authored or co-authored over 150 scientific papers. In 1987 he published his first book, "The Biology of the Honey Bee" that was followed by a French version in 1993 and a Portuguese version in 2003. In 1992 "Killer Bees: The Africanized Honey Bee in the Americas" was published, followed by "Nature Wars: People vs. Pests" in 1997. In 2003 a Chinese version of Nature Wars was released. Winston's fourth book was published in 1998, titled "From Where I Sit: Essays on Bees, Beekeeping, and Science". In 1998 he also co-authored "Chemical Communication in Social Insects" with R.K. Vandermeer, M.D. Breed, and K. Espelie. In 2002, Winston published "Travels in the Genetically Modified Zone," which was followed by Australian, Southeast Asian and Japanese editions between 2003 and 2004. His most recent book, "Bee Time: Lessons from the Hive," was published by Harvard University Press in 2014. It won the 2014 Science in Society General Book Award from the Canadian Science Writers Association, and the prestigious 2015 Governor General's Literary Award for non-fiction .

Winston has written articles that have appeared in the Encyclopedia Britannica, The Sciences, Orion magazine, The Vancouver Sun (since 1999), The New York Times, and published a monthly column in Bee Culture Magazine (1994-2005). He has appeared in numerous radio and television programs including CBC's "Quirks & Quarks", CBC "Newsworld", and on National Public Radio in the United States.

Winston has been an active participant in local, national and international apiculture-related and other organizations. From 1994 to 1998 he served as President of the Canadian Association of Professional Apiculturists; founding Director and Chair of the Canadian Bee Research Fund from 1997-2001; Program Chair for Apimondia '99, the 1999 meeting of the International Federation of Beekeepers Associations held in Vancouver; and Chair of the External Advisory Committee, NSERC Biocontrol Research Network from 2002-2006. More recently, he served as a member of the Vancouver Foundation Education Advisory Committee, and as a science and technology jury member for the Jack Webster Awards for Journalism.

As an outcome of his research, teaching, and extension activities with beekeepers and the public, Winston is regarded as the world's leading expert on bees and pollination. As such, he has served as a legal consultant for firms in BC, Ontario, and California; as a film and television consultant since 1984 for locally shot programs including the "Beachcombers", "X-files", and "Smallville", production companies such as First Wave Productions, Creative Animal Talent, Great Northern Productions, television movies, and documentaries; as a business consultant; as a publishing consultant for book proposals, and a manuscript reviewer for Harvard University Press. He has also done consulting work for the Canadian Biotechnology Advisory Committee, as well as the Canadian Food Inspection Agency Enforcement & Investigations. In 2006 the CBC television program "The Nature of Things" broadcast "Beetalker," an hour-long exploration of Winston's career and interactions with students, beekeepers, artists, and the public. With his additional interest in science communication and outgrowth into dialogue, facilitation, and leadership resulting from his work with the Semester in Dialogue, Winston has also consulted for various businesses, governments, and NGOs. Of particular note is his extensive work with Action Canada from 2003 through 2008.

Winston's research has been recognized by a number of awards. A sample of these include the C.G. Hewitt Award from the Entomological Society of Canada (1985); Fulbright Award from the Council of International Exchange of Scholars (1986-1987); a Gold Medal in the Natural Sciences from the Science Research Council of BC (1992); NSERC Senior Industrial Fellow (1995); Manning Award for Innovation (1997); the Sterling Prize in Controversy (1998); a Killam Research Fellowship (2000-2002); Academic of the Year from the Confederation of University Faculty Associations (2001); an Environmental Award for Communication from the City of Burnaby (2001); the Eve Savory Award for Science Communication from the Science Council of BC (2001); election to the Royal Society of Canada as a Fellow, (2003); the Fred Rathje Memorial Award from the Canadian Honey Council (2004); the NSERC Michael Smith Award (2004) for outstanding promotion of science in Canada; the Outstanding Service Award from the Canadian Association of Professional Apiculturists (2006); the President's 40th Anniversary Award from Simon Fraser University (2006); and the Queen Elizabeth II Diamond Jubilee Medal for excellence in higher education (2012).

The records were donated to the Simon Fraser University Archives by Mark Winston in several accessions between 1998 and 2015.

The series of video reels and videotapes that comprise the "Bees and Beekeeping" series (F-174-3-5) were previously stored in SFU's Learning and Instructional Development Centre. Francis Campbell (who filmed the series in 1983) located the tapes and sent all original video reels and Umatic videotape copies to the archives during records processing. Please note that these are the only originals and copies of this televised series.

The fonds consists of records created and received by Mark Winston as a young scholar; biology professor at Simon Fraser University; professor and fellow with SFU's Undergraduate Semester in Dialogue (USD) program and Centre for Dialogue; instructor in related dialogue, facilitation, and leadership courses and programs; author; and consultant in the field of apiculture, as well as dialogue and facilitation. The fonds also consists of records relating to the development of the Centre for Dialogue and its programs by Winston in his capacity as the Centre's academic director. It also includes official university records documenting the establishment, development, and operation of the USD program by Winston as director of the program.

Fonds is arranged into 9 series:

The material was arranged according to the original filing system of the creator.

Most of the files in the fonds are open with no restrictions. However, some files contain personal or confidential information and access to these files may be restricted as stipulated by legislation or Archives policy. Please see the file lists and consult the archivist for more details.

Access to some sound recordings and moving images may be restricted for preservation reasons due to the age and fragility of the original storage media (analog film, audio and videocassettes). See series descriptions for more detail, and consult the reference archivist for more information about accessing these materials.

Copyright subsists in all or some of the records and the donor, Mark Winston, has assigned to the SFU Archives copyright ownership to all works he has authored, with the exception of his published works, for which he has retained copyright ownership. Generally, the donor only owns copyright to the works he authored and not necessarily to all the records that comprise this fonds. The Archives can make a single copy only for private study, research, or other fair dealing use by a patron. Those researchers wishing to ask permission to copy and use the copyright protected materials for a different purpose must contact the copyright owner. Speak with the Reference Archivist for details.

File and item lists are available for these records.

All accessions have been processed as of June 2015. Further accruals are expected.

Financial assistance for the arrangement and description of the records and production of the finding aid in 2007, as well as the processing of the 2015 accrual, was generously provided by Mark Winston.