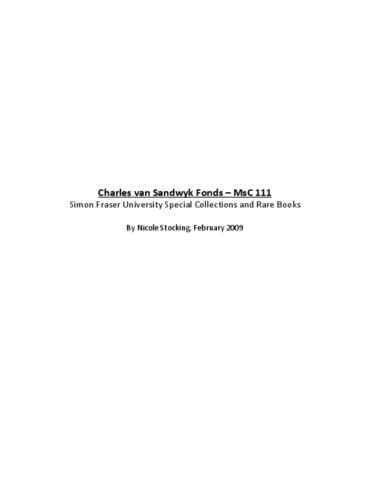 1 m of graphic material and other material

Charles van Sandwyk was born in Johannesburg, South Africa, in 1966. He moved to Canada in 1977, and his family settled in Vancouver, British Columbia. Van Sandwyk is a writer, illustrator, and artist. He attended Capilano College. Van Sandwyk won an Alcan Award for his first book, A Selection of Neighbourly Birds in 1986, and his book Wee Folk won the Jurors Choice Award at the Seattle Book Fair in 1994. Charles van Sandwyk currently resides both in North Vancouver, British Columbia, and Fiji.