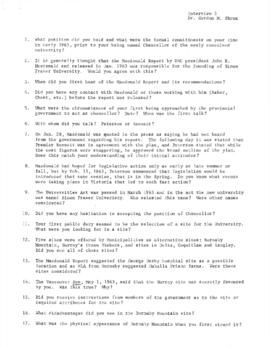 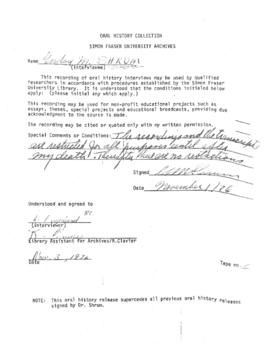 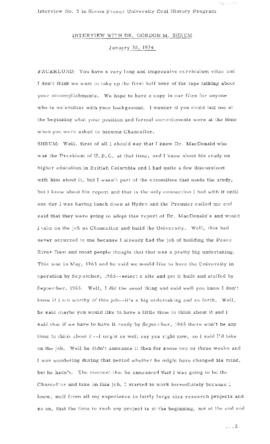 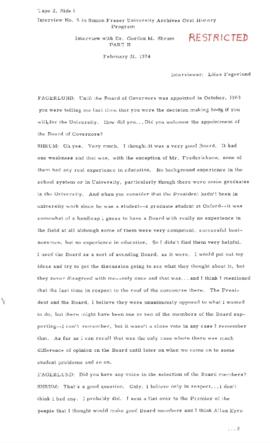 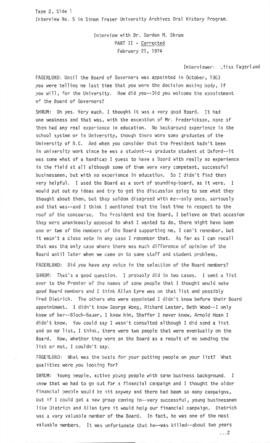 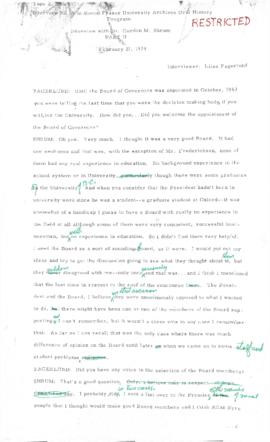 The collection was compiled by the staff of the University Archives over a period of years.

Collection is comprised primarily of interview material in the form of audio and video tapes, transcripts and notes. The material provides both a broad biographical overview of the life and achievements of Gordon Shrum and a description of his work at SFU in particular. The collection includes a copy of Shrum's doctoral thesis and a scrapbook that was given to Gordon Shrum in 1983.

The collection was arranged by the Archivist.

There are no access restrictions relating to privacy, but access to the original moving images and sound recordings is restricted due to the fragility of the physical storage media. Consult the reference archivist for more information relating to access.